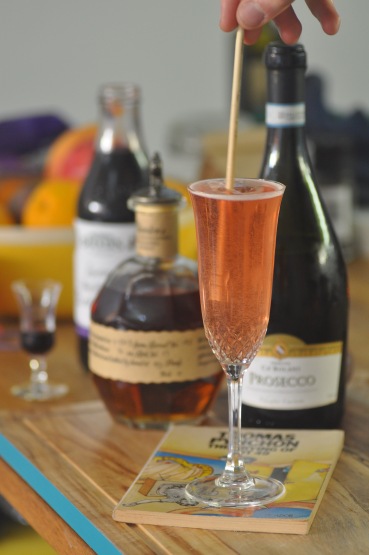 With all the drinking in Pynchon, you’d think there’d be a few more recognisable bars dotting his fictional landscapes. But the only one that really jumps out to me is The Scope, which we find out on the way to LA, near the Yoyodyne factory in The Crying of Lot 49. From chapter three:

The Scope proved to be a haunt for electronics assembly people from Yoyodyne. The green neon sign outside ingeniously depicted the face of an oscilloscope tube, over which flowed an ever-changing dance of Lissajous figures. Today seemed to be payday, and everyone inside to be drunk already. Glared at all the way, Oedipa and Metzger found a table in back. A wizened bartender wearing shades materialized and Metzger ordered bourbon. Oedipa, checking the bar, grew nervous. There was this je ne sais quoi about the Scope crowd: they all wore glasses and stared at you, silent. Except for a couple-three nearer the door, who were engaged in a nose-picking contest, seeing how far they could flick it across the room.

Which now that I think of it sounds about what I imagine a bar full of Pynchonites might end up like. The place also has an electronic music only policy, and the fact that Pynchon plays this for laughs has me yearning for 1965, now that the whole world seems to have adopted such a policy. 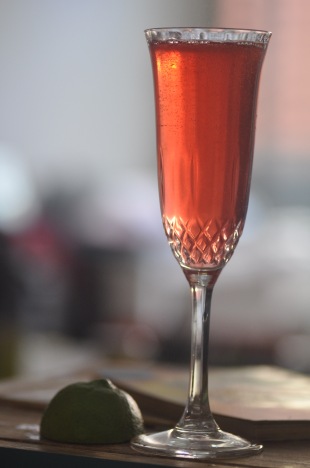 Oedipa first comes across the muted post-horn, that foremost symbol of Pynchonoia, on a wall of The Scope’s ladies room. And she returns to the place a couple more times. Lot 49’s last drink is drank there midway through the sixth and final chapter:

She did go back to The Scope, though, one night, restless, alone, leery of what she might find. She found Mike Fallopian, a couple weeks into raising a beard, wearing button-down olive shirt, creased fatigue pants minus cuffs and belt loops, two-button fatigue jacket, no hat. He was surrounded by broads, drinking champagne cocktails, and bellowing low songs. When he spotted Oedipa he gave her the wide grin and waved her over. 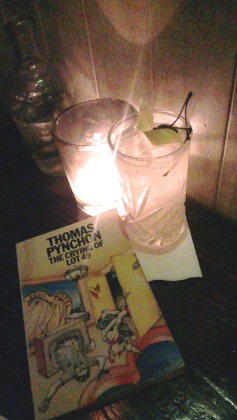 What a wonderful name is Mike Fallopian. It’s times like these I wish I had a copy of Pynchon Character Names: A Dictionary. But I’ll leave you to produce your own commentary on Mike’s reproductive capacity in the narrative and focus my energy on the champagne cocktails. I tried to knock this one off a couple of weeks ago at the excellent if kind of dated feeling Black Pearl, where I downed a delightful French 75. A French 75 is basically an upgraded Tom Collins, with champagne instead of soda water. That’s it there on the left. But so then I got busy and didn’t get around to writing the post–and plus, it does say cocktails plural. So let’s have a couple more.

I thought I’d try my hand at inventing my own. That’s the result pictured up top—and I don’t think it was half bad. Metzger’s bourbon in The Scope from chapter three wasn’t specific enough to make the list on its own, so I’ve incorporated it here. Here’s my recipe:

With the quantities being mysteries lost to history. I found a point where it all seemed to balance nicely, and you could taste the bourbon and it was just sweet enough, but I sure couldn’t tell you what the ratios were. Was pretty proud of how it ended up though.

Two’s not plural enough, so I also whipped up some of these babies, which were very delicious. Passionfruit pulp, various other juices, and Prosecco. And then to top it all off I tried a black velvet—champagne and Guinness. Also good! 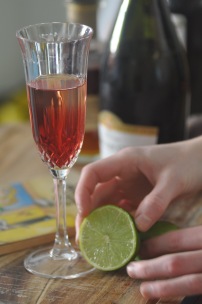 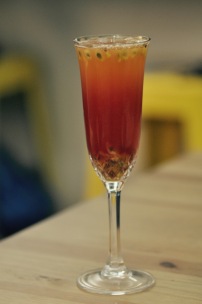 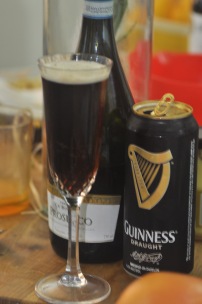 Oh and I almost forgot—If you’ve made it this far down, you’re probably already aware that this coming Friday is Pynchon in Public Day. If you’re in Melbourne and want to talk/read Pynchon in a bar, let me know @drunkpynchon on twitter.

One Reply to “Champagne Cocktails”