This here is the fiftieth drink to join our digital cabinet of liquors! And a mighty fine addition it is too. If I were asked elect an emblematic spirit for each Pynchon book, some choices would be easy. White corn whiskey would represent Mason & Dixon. Lot 49 might be kirsch. And Against the Day would be absinthe.

The denizens of AtD take their absinthe in diverse preparations over the course of the book’s pages—soaked into cigarettes, louched with Champagne, cocktailed with rum and brandy. On this occasion, we find it in a frappé. Reef has wound up gallivanting around with Ruperta Chirpingdon-Groin and her crew under the assumed identify of Thrapston Cheesely III, but that whole arrangement’s about to go south. Page 368:

They finally parted company in New Orleans after a confused and repetitive headache of a night that began at the establishment of Monsieur Peychaud, where the Sazeracs, though said to’ve been invented there, were not a patch, it seemed to Reef, on those available at Bob Stockton’s bar in Denver, though those Absinthe Frappés were another matter. 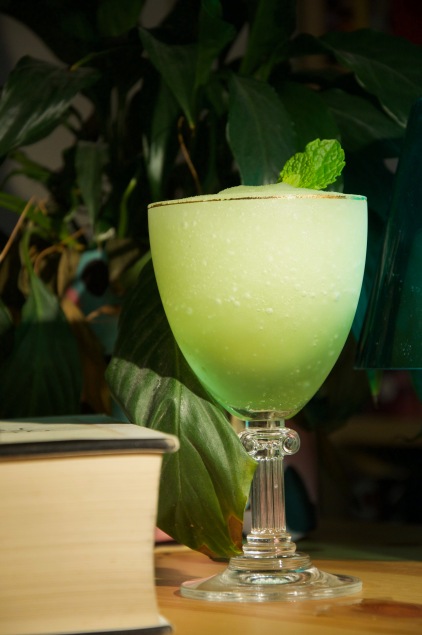 Pynchon doesn’t quite get his Sazerac history right here. According to the (admittedly somewhat mythologising) Sazerac Rye website, Monsieur Peychaud was indeed the inventor of the bitters that go in a Sazerac, but this was in the 1830s/40s,  before Reef was born, and Peychaud didn’t have a bar—he was an apothecary serving it for friends after hours in his pharmacy. The Sazerac became established more widely primarily thanks to the Sazerac Coffee House, and that’s likely where Reef gets his sub-par version. Anyway, let’s save the Sazerac for another time. Reef much preferred the frappé, and I’m happy to take his recommendation.

Here be the contents of my Absinthe Frappé, mostly following this recipe:

All blended up together and garnished with some more mint. They taste summery and sophisticated, bright and refreshing. They look cool. Good tip all round from Reef.

Here’s to the next fifty drinks! Thanks for joining me! 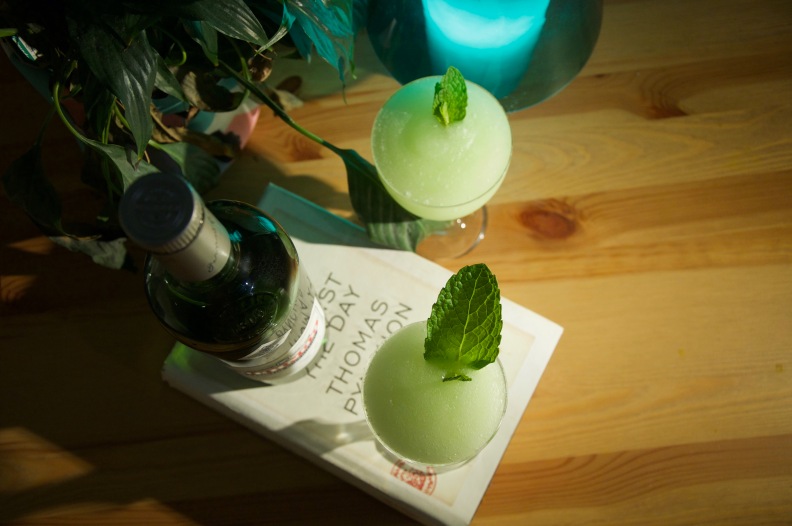