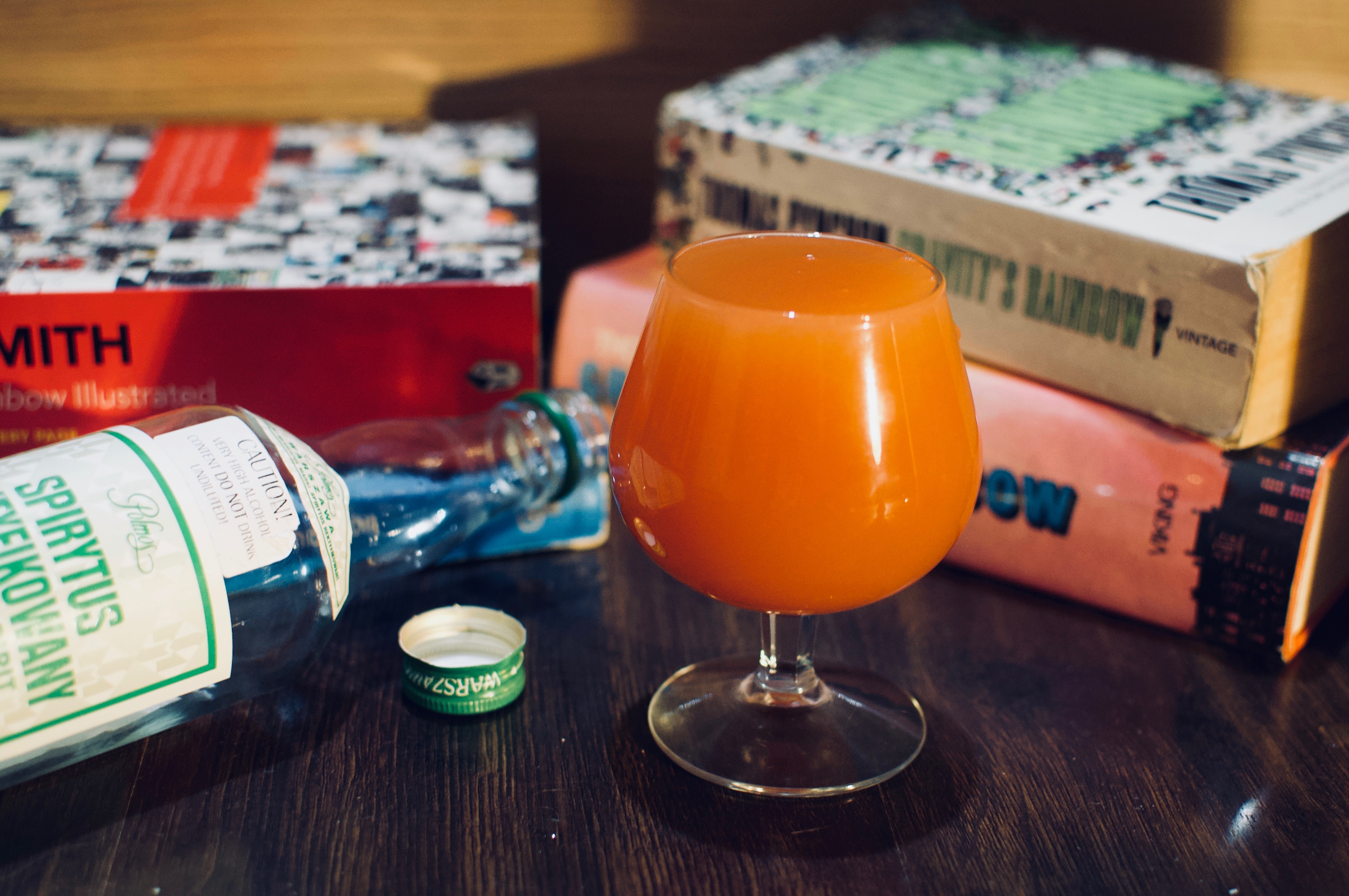 Happy Pynchon in Public day all! I confess I am not doing my drinking in public this evening, but I did at least read Vineland on the train this morning AND left it lying prominently on my desk at work all day and it’s just not my fault if none of my colleagues were curious to hear the good news okay.

Anyway tonight’s libation comes to us not from Vineland, but Gravity’s Rainbow. Because who better to spend Pynchon’s birthday with than his most faithful son, Pig Bodine.

We’re towards the end of the “In the Zone” section, in Cuxhaven. Bodine’s going about promoting the Runcible Spoon Fight, and buys some cocaine of Albert Krypton of the John E. Badass, who tries to get him onto a scene of sailors returned from China/Burma/India playing marbles with opium balls. Page 595:

Corpsman Krypton pockets his money and leaves Bodine flexing his thumb and thinking about it, moves on copping feels, pausing to drink from a shell case of grain alcohol and grapefruit juice, whilst dealing the odd tablet of codeine. He has a brief paranoid episode as two red-hatted MPs show up, stroking their billy clubs and giving him, he fancies, pregnant looks. He slides into the night, peeling away, banking through dark sky. 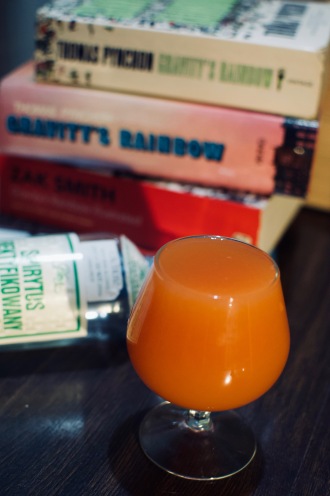 So our drinking companion is not actually Bodine, but this Krypton chap. His choice of drink, I’m finding, is a bit inspired. Sure, he is drinking it out of a shell case (I’m assuming some kind of decent-sized naval/torpedo shell), which is probably spicing it up with some nice traces of lead and whatever else for him. But out of a nice clean glass, grain alcohol and grapefruit juice makes for a nicely inoffensive drink. The grain alcohol I’m using is of course the leftovers that didn’t go into Gwenhidwy’s Drink or the Torpedo Juice. Both of those were pretty hairy experiences. Grapefruit juice, though, seems to really mask the stupid 95% spirit pretty effectively.

Happy birthday, T. Pynchon—I hope you’ve celebrated with something at the very very least as tasty as this.